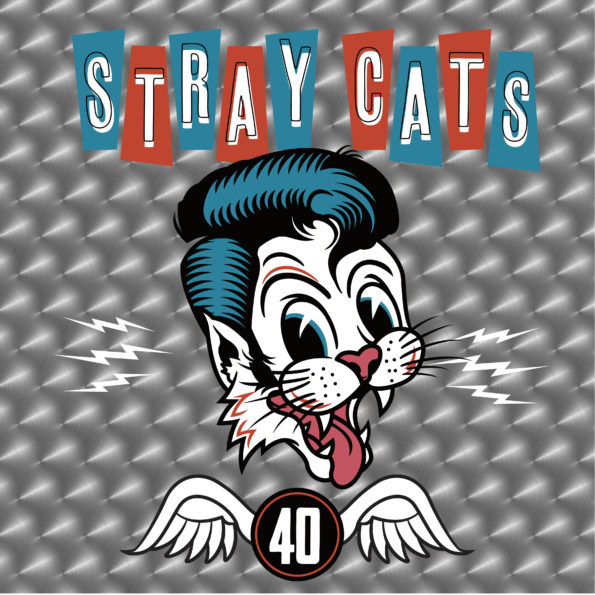 The STRAY CATS released 40–their first new album in 26 years on the heels of three singles they’ve recently issued from the album: “Cat Fight (Over A Dog Like Me),” “Rock It Off” and “Cry Danger.”

Buy or stream the album HERE!

Brian Setzer (guitar, vocals), Lee Rocker (bass, vocals) and Slim Jim Phantom(drums, vocals)–original founding members of the iconic and acclaimed American rock and roll trio–are celebrating their 40th anniversary in 2019 with 40 and a tour that’s hitting the U.S. and Europe (*see tour dates below). The album was released bySurfdog Records and distributed by BMG (CD, vinyl, digital), with an exclusive indie-store edition of the album–colored vinyl, with a double-sided 24×12 poster–arriving onMay 24 in the US only.

The all revved up and red-hot STRAY CATS recorded 40 at Blackbird Studios inNashville in late 2018 following their first North American shows in 10 years, with four concerts including sold-out headlining shows in Las Vegas and the PacificAmphitheatre in Costa Mesa, CA before wildly enthusiastic audiences. Still buzzing from the thrill of playing together again and the crowd response, they went into the studio with producer Peter Collins (Rush, Bon Jovi, The Brian Setzer Orchestra) and engineer Vance Powell (Jack White, Chris Stapleton, Arctic Monkeys). There are a dozen original songs that comprise the album. Read the first press release about the album here, which includes quotes from the band and the track listing. Watch the band and album producer Peter Collins in the studio discussing the making of the albumhere.

Early critical acclaim for 40 is rolling in:

“The album brims with bracing, stripped-down rockers like ‘Cat Fight (Over a Dog Like Me),’ ‘Mean Pickin’ Mama’ and ‘Devil Train,’ and every track boasts a widescreen riff and virtuoso guitar solo. But the band also serves up some new sounds with the riff rocker ‘Cry Danger’ (co-written with Mike Campbell) and the punk-like ‘I’ll Be Looking Out for You.'”

The STRAY CATS begin their select U.S. dates presented by SiriusXM on August 3 on the heels of June and July overseas shows. Tickets for the shows are on sale now. 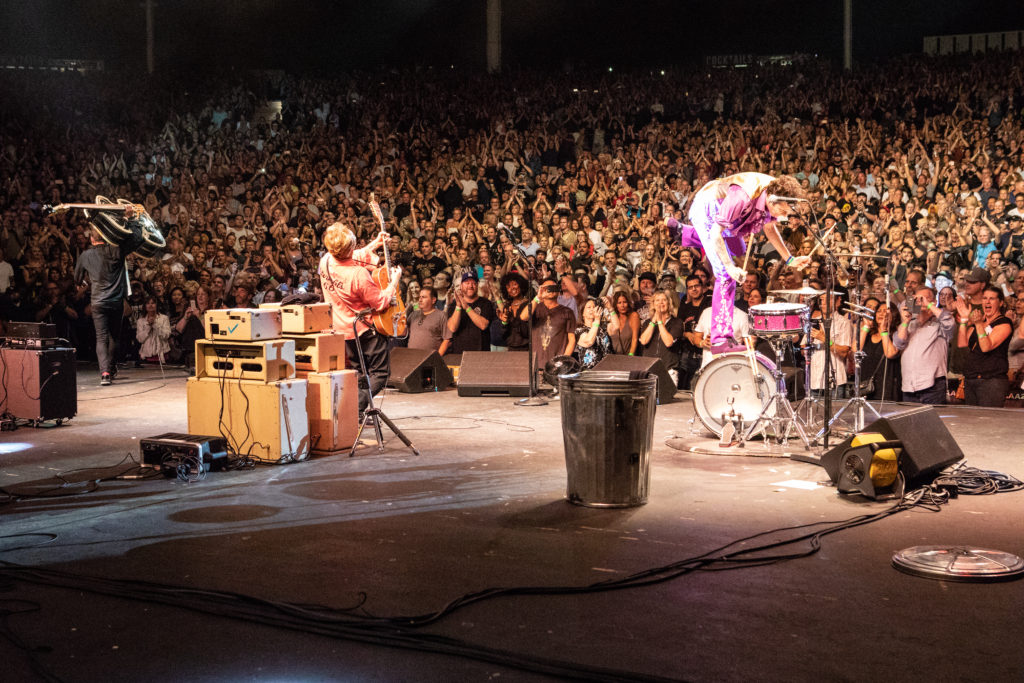